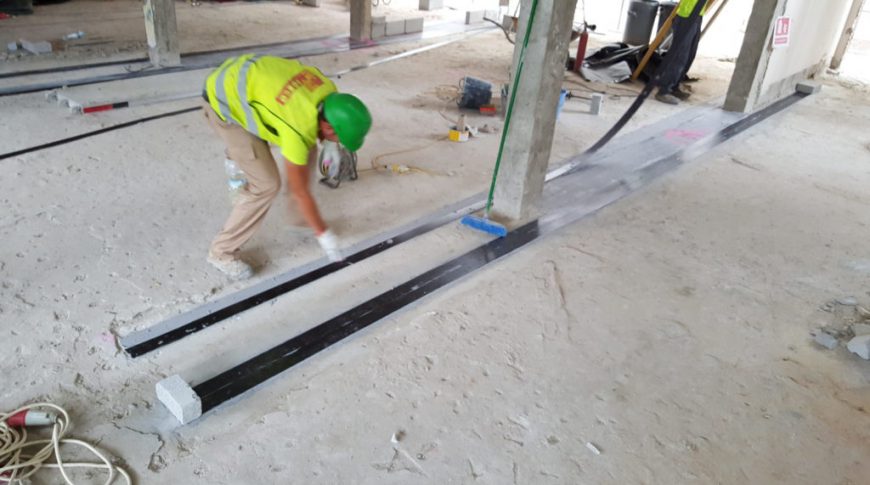 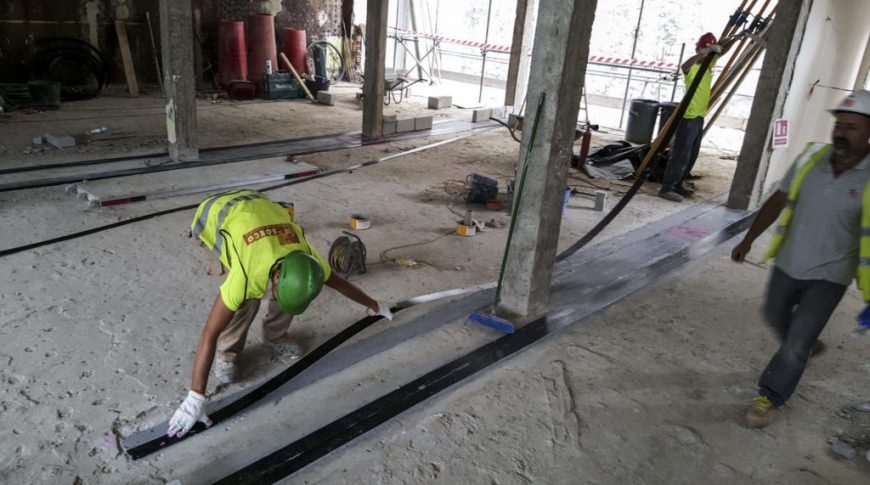 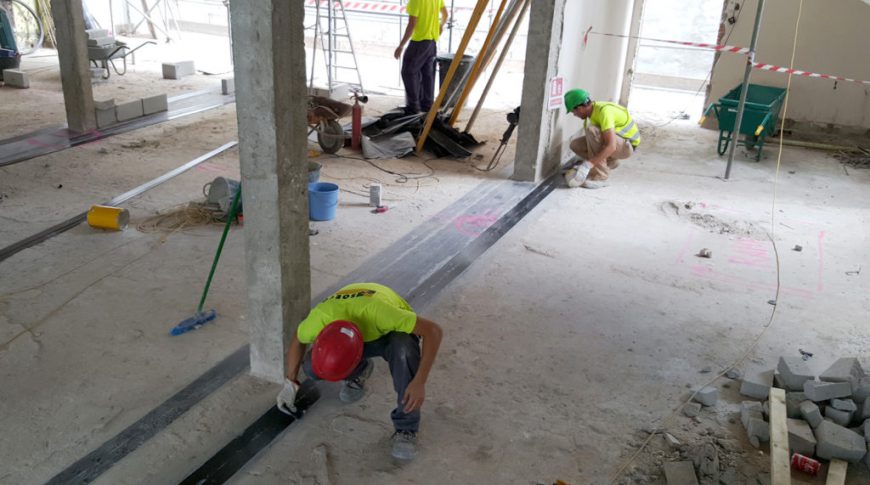 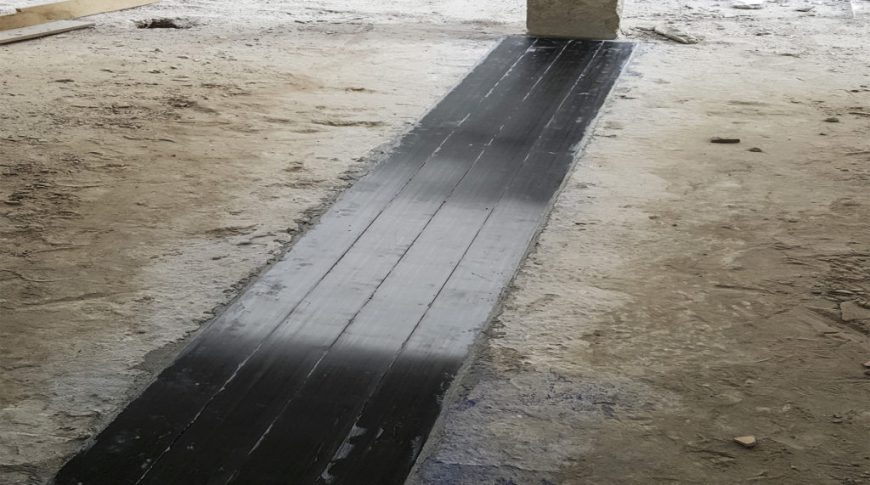 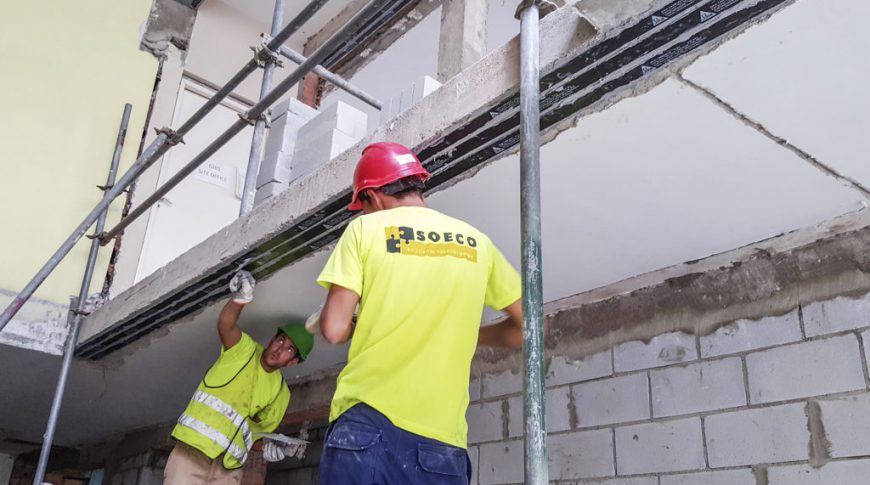 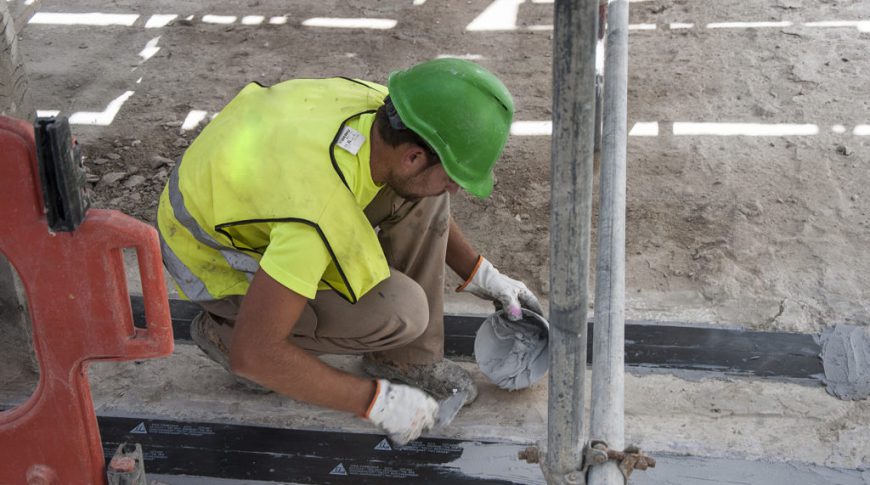 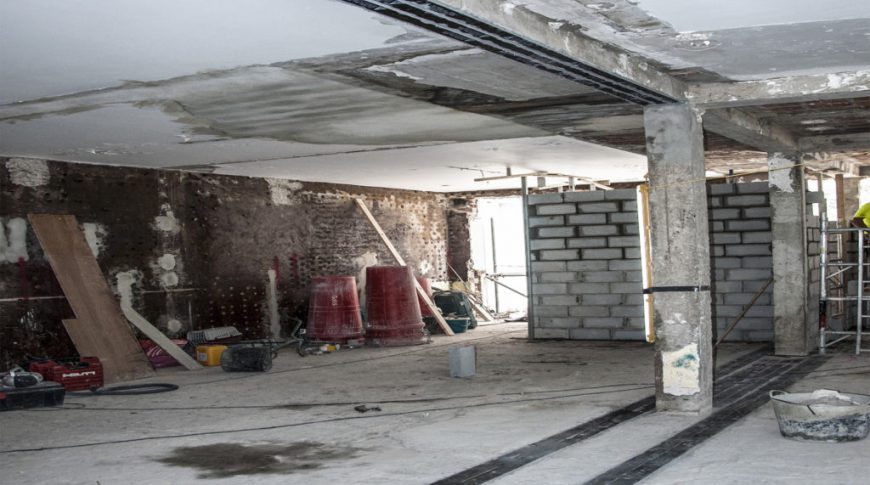 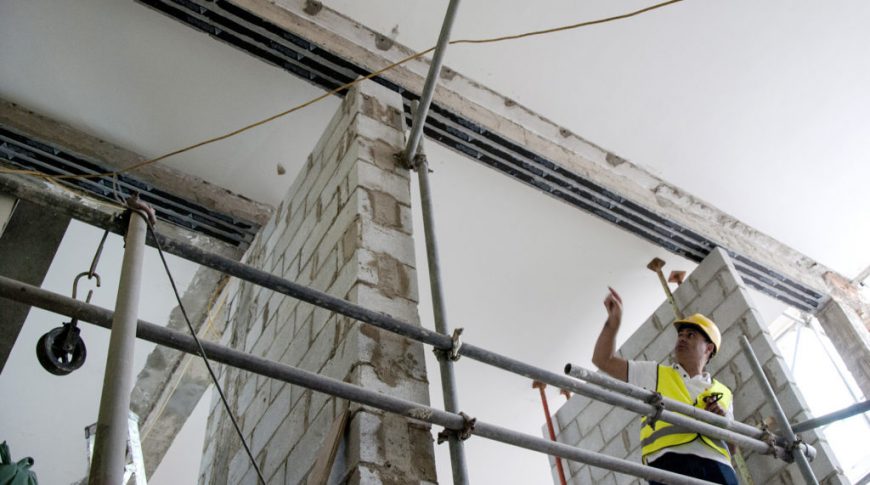 In September 2015, the company Gibraltar Joinery and Building Services Ltd. (JBS Gibraltar) carrying out works to adapt a residential building to use it for other purposes. It needed the reinforcement of the existing structure so that it would be able to withstand the new planned loads. We found out that the existing slabs did have sufficient strength, but not the beams. The Structural Engineering of the works with the direction of Aslhey Harrison, planned to reinforce the structures and the main contract that executed the works subcontracted these works to JAMENA as a specialized company.

It was necessary to strengthen the flexural strength of eight beams increasing its resistance by 15%. The possibility of using concrete and steel was not feasible, considering the additional loads that would be caused on the pillars and the foundation, especially because a new plant was being added to the building. We needed a system that would increase the resistance of the beams and also that it was very light, fast and efficient.

The Sika Carbodur Plates System, High Technology Reinforcement System comprising laminates of CFRP (polymers reinforced with pultruded carbon fibers) and epoxy resin as a structural adhesive was proposed as a solution. It is especially indicated to increase the resistant capacity of slabs, beams and joists, as it was this particular case. The System is very light and does not overload the structure, its thickness is very small allowing easily overlaps and crosses of the laminate. It does not corrode and does not need maintenance. Once placed, it hardly takes up space, finishing and covering can be applied. Its strength and reliability are excellent, as it is durability and fatigue resistance.